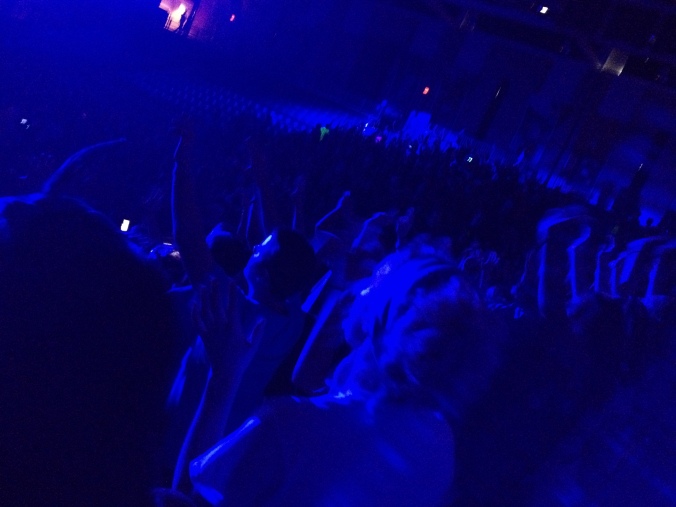 It’s hard to capture in words the incredible ways in which the Lord has been moving among us this week. It’s not been easy… Even praying for God to “MOVE” is a dangerous prayer, that if asked of Him in earnest requires some expectation of the work that He needs to do. He has been answering our prayers. The past couple of days we’ve looked at themes of our hurts, forgiveness, kingdom work, and God’s presence as they parallel God’s work in the life of Joseph from Genesis 37, 39-47. We’ve had a total of 13 students make significant decisions, public confessions, apologies, statements of release and forgiveness of those who have wronged, hurt, abused, and taken advantage of them… and we’ve seen and felt God’s presence through it all. One statement in particular that rang out as clear as a bell from this morning’s speaker was the statement “Anything can be redeemed.” We were simultaneously challenged by Michael Defazio (@mighael_defazio) to never again utter the statement “Everything happens for a reason…” The reason we shouldn’t say that in reference to God is that it’s simply not true to the fact that God doesn’t cause everything to happen… Sometimes things happen because of people’s bad choices, selfish motivations, and misused freedom… God doesn’t cause those things, but He does promise that He can and will in all things “work for the good of those who love Him, who have been called according to his purpose” (Romans 8:28)… and when difficult things happen we can have confidence to know that God will never leave us, and nothing is beyond His redemption. So with confidence, we say… “Anything can be redeemed” and mean it. We have seen it. We are seeing it. We are being blown away by story after story of His incredible redeeming work in unbelievably difficult situations. It’s messy. It’s hard. It’s uncomfortable… but it’s reality. It’s a reality that’s breaking in and washing over us and leading us in God’s timing and God’s way of restoration. Please pray for all that’s yet to come as we finish the week strong and continue to be sensitive to the Holy Spirit’s leading.